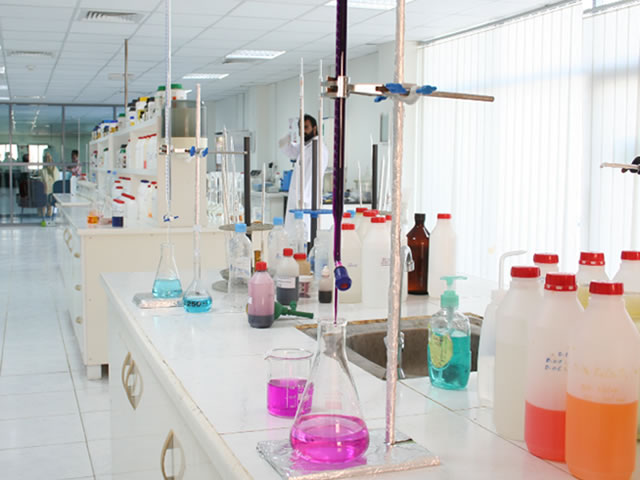 Testing Laboratories and its evolution in contemporary times.

Advancements in science and technology has led to rapid development of human occupation and settlements, even at places that were uninhabitable throughout most of human history. It has not only led to widespread construction activities, that are either sometimes well-planned or often ill-planned, but it has also led to a fierce competition in the business of construction and sale of properties, challenging and/or changing the threshold as well as the definition safe and sound construction, to make the costs affordable and to sell more and more units, whether it maybe for residential or commercial purposes.

The same advancements and development in science also led to the insights into the environmental impact of this explosive development of the human settlements as well as its impact on humans themselves. The scientific approach of problem solving led to establishing methods of analysis and measurement of the physical, mechanical and chemical parameters that help in understanding the safety and strength of the construction as well as the composition of water, food, soil, air, etc., in other words, the impact on the environment at and surrounding the construction site. Thus, the format and the role of a laboratory was established and formalized that played a crucial role in measuring and recording the relevant parameters that are crucial for the construction company as well as the regulatory authorities responsible for the conservation of the environment and public health.

In contemporary times the new findings of any scientific research are available almost in real time thus there is a constant availability of updates in the knowledge. Al Hoty Stanger Laboratories believes in keeping its methods of measurements and analysis updated too, we recognize the importance of up to date know-how as it has far reaching impact in terms of costs for not just the construction companies but also the regulatory authorities. So, AHSL is regularly accredited by the most prominent as well as most reputed authoritative establishments in testing standards, such as ISO/IEC 17025 by ENAS / DAC, Dubai Municipality (DM), Saudi Arabian Standards Organization (SASO), all AHSL labs in the UAE are ISO 9001 certified to affirm its position as the best testing laboratories in the UAE.The AHS Laboratories has worked closely with the most respected and renowned companies as well as organizations, not only with names like Dubai Accreditation Centre in the UAE, or with names like Saudi Aramco in the Saudi Arabia, but also international organizations such as WHO, British Standards, so on and so forth. AHSL is equipped with a comprehensive and almost endless list of tests that are primarily related to Occupational-Health-&-Safety (OHS)/ Health-Safety-&-Environment (HSE) and/or Geotechnical functions.  Despite this, to list the most popular testing done at AHSL are as follows, Concrete Testing, Soil Testing, Chemical Testing that are mostly related to Geotechnical Testing, while Air Testing, Waste water Testing that are mostly related to Environmental Testing, and Food Testing as well as Potable Water Testing are related to Microbiological as well as Analytical Chemistry Testing mostly useful in public health assessment.